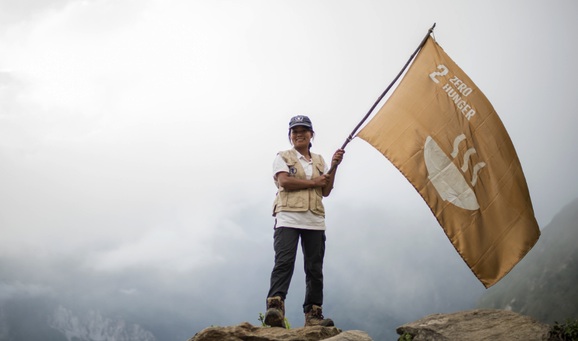 WFP’s flag-bearer Nimdoma Sherpa climbed 2,000 metres and overcame rain, fog, rough trails and steep ascents to reach the village of Kerauja, in Gorkha district, where community members welcomed her and took part in the flag-raising ceremony. Five months earlier the villagers were mourning their dead and salvaging what they could in the rubble of their homes after the massive earthquake that hit the region on 25 April.

“The long, tough trails we travelled represent the hard task ahead of achieving zero hunger. But when people work together, zero hunger can be achieved,” said Nimdoma. “I raised this flag here in the Himalayas for Nepal, for WFP and for all the world.”

As a child, Nimdoma received WFP school meals and at the age of 17, in 2008, she became the then-youngest woman to summit Mount Everest. Now, Nimdoma is using her climbing expertise to help WFP reach villages affected by the April earthquake. She was accompanied on this trip by a train of mules bringing rice as part of the recovery effort. 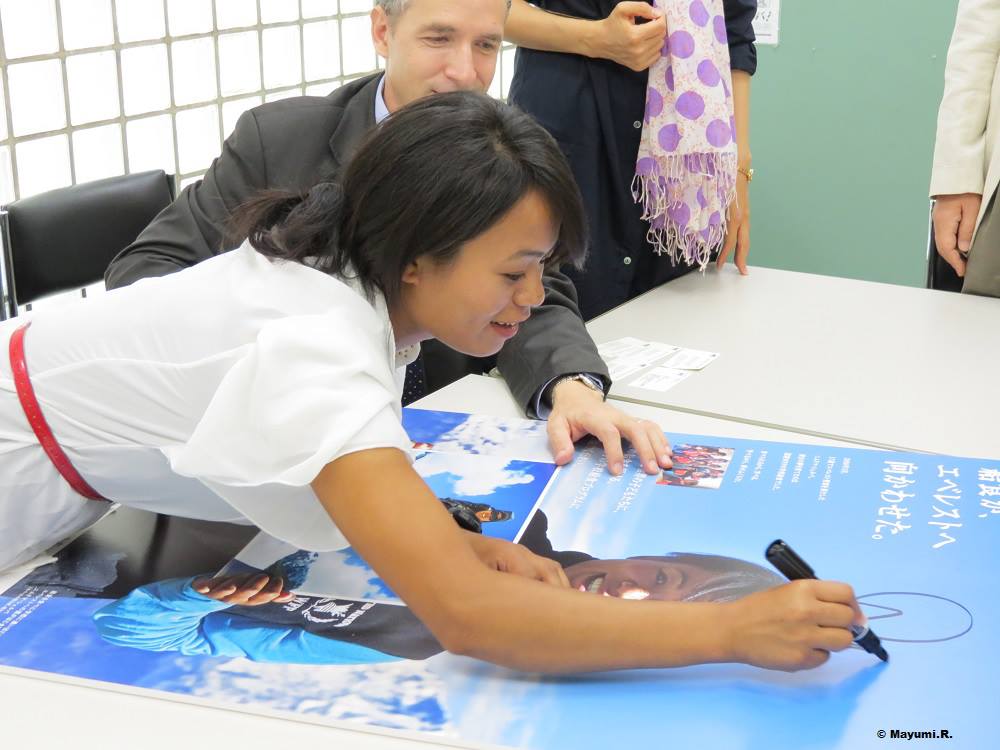 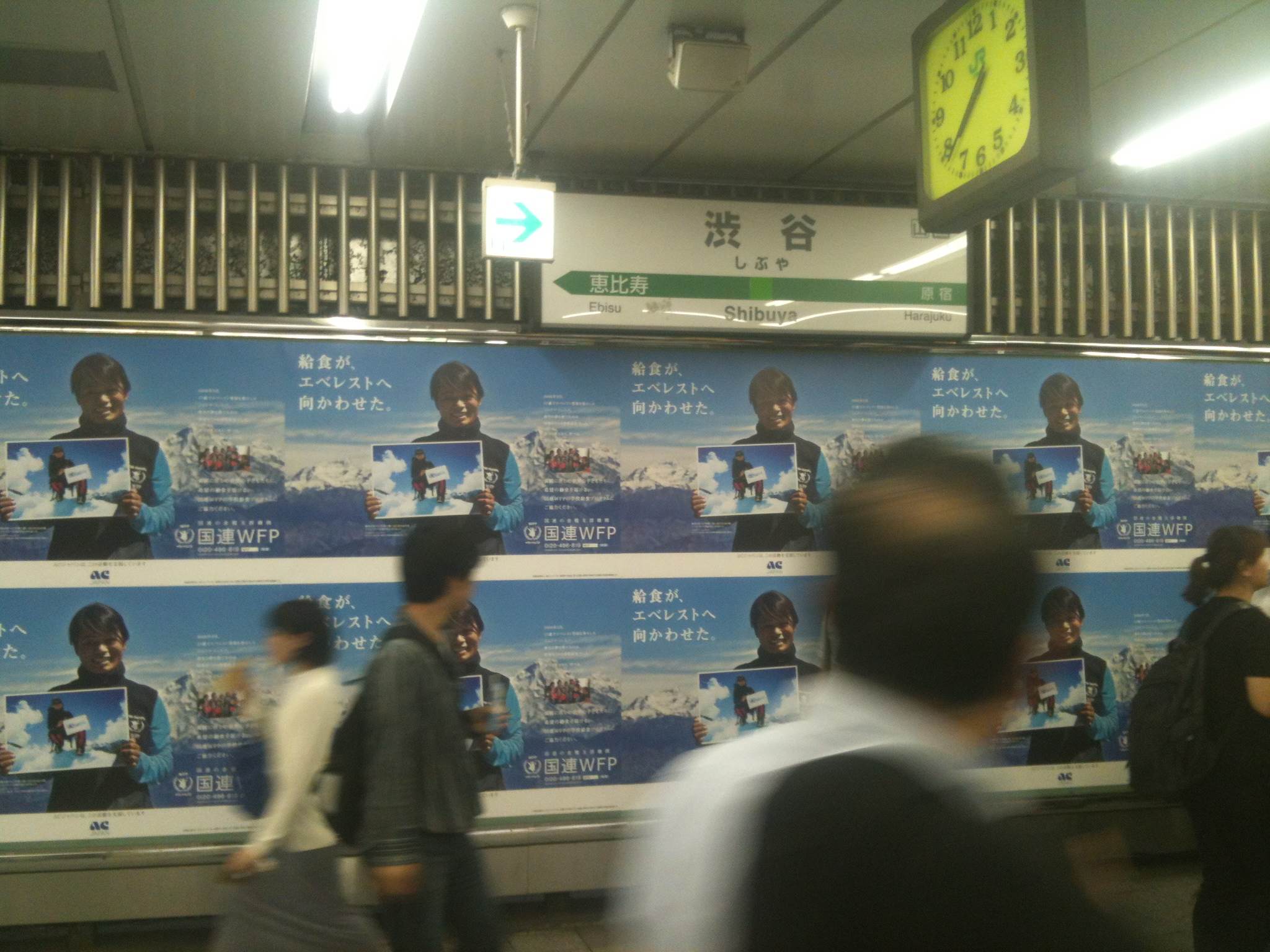 TOKYO – “I am very happy to be part of this year’s WFP School Feeding advertisement campaign. It is a completely new experience for me,” said Nimdoma as she addressed a packed hall of more than 150 people, including Japanese media and corporate partners.

Personally present at the campaign’s Tokyo launch last 2 July, Nimdoma highlighted the impact WFP school meals has made on her life. “I hope my story will inspire young children to focus on studies and dream big. I’m thankful to WFP Japan and the Advertising Council Japan for choosing me as a role model for this campaign,” she shared.
Read More.